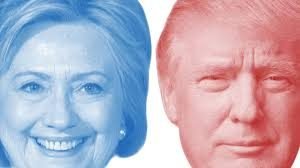 The unthinkable happened.  One by one the reliable blue states turned red. The pundits and the prophets were wrong. The data crunchers missed the mark.  How could the  2016 Presidential Election turn out the way it did?

Millions of words have been written and millions more will continue to be written, masticated and regurgitate on the subject ad infinitum.

This is my take and these are my thoughts on how  Donald J. Trump became President of the United States and Hillary Rodham Clinton did not. The how and why it happened is not really so hard to understand.

The Power of Fear

First and foremost, we all must look in the mirror and admit that many of us harbor prejudices and some of the ugly qualities that drove Mr. Trump to victory. We must admit that we allowed him to play on those prejudices and let Emotions and Feelings  overtake Reason and Logic. It is the marketing ploy that gets us to vote against our own best interests or buy a product that we really do not need or want but convinces us we must have.

1.  America is in Decline

Every election has campaign slogans. Let’s look at the refrains for 2016 and how they played out on the American psyche. The Trump message “Make America Great Again” plays off every one of the fears we have. It is wrapped up in subliminal rhetoric that hammers home something is seriously wrong; America isn’t great. We are losers. It implies we lost our standing in the world. As individuals we are diminished and we are left behind.

By inferring we are weak, impotent, not beautiful, not strong, not smart and certainly not a winner, our sense of fear is heightened.  Now that we know we are in terrible trouble and our world is falling apart comes the follow up hype. We hear from Donald Trump that he will make our lives better. Don’t worry he alone will see to it that each of us can all be powerful, rich, successful, even beautiful. Believe me. Much like a multi-level marketing scheme that promises us riches if only we buy into it. Mr. Trump will “Make America Great Again” our enemies will be vanquished. We will have nothing to fear.

2. For many, Donald Trump embodies success

Trump is rich. He exudes a level of confidence and power that many want to emulate. He is a consummate salesman and his product is Donald Trump. Donald Trump alone can make it happen. His promise, “believe me folks” I will “make America Great” is something his supporters fervently believe . Many are the American’s that have been left behind or cut out of the economy. The are the Americans whose jobs gave way to automation or went to other countries. They fear, they feel powerless, they are in pain, they are angry. They feel they were left out of the recovery.

Even though he is a seriously flawed candidate with out a single credential that qualifies  him to be President, his supporters will forgive every sin and ignore every shortcoming. They don’t care if he’s rude and crude or that he makes racist comments and disparages women and minorities. They believe his lies or dismiss them because he is promising that he can fix their lives. He feeds their hate and he feeds their hope. They believe his business experience will serve all of us well. Emotions and Feelings  trump Reason and Logic

Mrs Clinton wanted us to be “Stronger Together”. That requires that we are all participants in building something greater then ourselves. In other words it infers we all work towards the goal of making our lives better.  It infers a team effort. It requires putting in something of ourselves for the greater heart and the greater good. It is a call to action that depends on cooperation, partnerships, shared vision, even compromise, as well as individual commitment to lift everyone up. Because of that effort “Stronger Together” we create a mightier nation.

Hillary Clinton is a flawed human being that has been tarred and feathered and investigated for the past 30 years. For those of us who supported her none of her many flaws mattered and working together is what we do to create a better future.  She has always been a champion of the things that matter to us.  We know she is competent. That she understands how our government works from the inside out and the outside in. We know she has the intellect, skills and the backbone to be a great leader and a great President.

But for those of us who did not buy into the message or do not like the messenger nothing she can say or has done matters. Many believe that she has committed serious crimes and is protected by a corrupt system. Many do not care that she is supremely qualified to manage the Ship of State or has worked to improve the quality of life for all Americans.  To those who dislike her, her accomplishments are meaningless.

Even though we have come back from the worst recession since the great depression, employment is up, salaries are up, the market is up, many of us just feel down.

Mrs. Clinton isn’t making a lot of us feel stronger together.

4. The Problems with “Stronger Together”

“Stronger Together” didn’t make us feel better about ourselves, our jobs, our love life or our chances for a better future. It basically told us if we wanted change in the words of Gundi we had to “be the change you wish to see in the world”. For most of us life is about daily bread and we don’t have time for this “all together now Kumbaya” crap.

Even though we know at a intellectual level Hillary Clinton is more qualified, we do not believe she will change anything and we want change.  We want to feel great. We want a champion who will make it happen. We do not want the status quo.

The DNC and party cronyism is also partly to blame for Mrs. Clinton loss. There is a good possibility if  Senator Bernie Sanders had gotten the nomination he would have beaten Donald Trump. Sanders message went straight to the heart of the working men and women in the ever shrinking middle class as well as to young men and women who are also afraid of what the future holds in store for them. Sander’s message “A Future To Believe In”, his rumpled shirt sleeve, wild hair, in your face, anti establishment persona made so many Feel the Bern.  When he failed to get the Democratic Party’s nomination many of his supporters, including energized first time voters were so disillusioned and angry after the caucus and conventions they never came back to support Mrs. Clinton. “A Future to Believe In” had disappeared, Consequently many voted for Trump.  They could buy into “Make America Great Again”. They didn’t buy “Stronger Together”. Because it’s always… what about me and it’s the economy stupid.

At approximately 8:45 p.m. CST, I knew that Mrs. Clinton had lost the election . I have been around the block a time or two when it comes to reading the electoral college tea leaves. With Pennsylvania, Florida and Ohio all red, Wisconsin and Michigan tilting in that direction there was not a path to victory.

Yes,  I was devastated. As Adlia Stevenson said when he lost the election to General Dwight Eisenhower “I’m too old to cry,, but it hurts to much to laugh”  It’s worth your while to listen to his words.

I had hoped in my life I would see a women elected President. I have been a strong supporter of Hillary Clinton for over 40 years. But at least the Cubs won the series for the first time in 108 years and Nevada went for Mrs. Clinton and elected the first Latina woman to the Senate, Catherine Cortez Masto.   The Nevada legislature went blue again and all the questions I supported won.

It is small consolation that Hillary Clinton won the popular vote because even though more of us voted for her that does not count.

We must come together. I am not sure Trump can bind up our wounds.  I do worry about our children and grandchildren. I worry about what kind of America you will have in 10, 20, 30 years from now. Will that sun carved on the back of a chair used by George Washington that Benjamin Franklin spoke of still be rising or will it have set. I worry about America. Yes I do.

I am willing to give Donald Trump the benefit of the doubt and also enough rope to hang himself.

(I want to thank my son Kevin Hawkins for his help putting my thoughts together.  This piece is longer then I planned. Maybe not better.. I so appreciate his advise, because he understands so much more then I do about the medium. I’ll attempt to be a better writer. Kevin I know you understand my sorrow and my pain. )