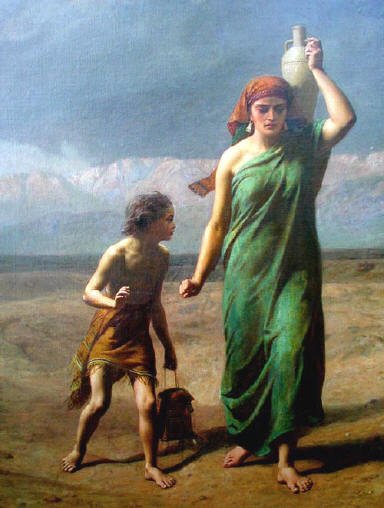 It took the descendants of the House of Abraham’s son Issac several thousands of years to return to their God given homeland after the great Diaspora. There is something in the bone, the blood and tissue like salmon running against all odds to the streams they were spawned in over thousands of years. This longing, this need to return home, and they would not be denied.

The history of the land of Israel is tumultuous. One conquer after another claimed it. When  the Jews were in exile these strange and “stiff necked people” persevered though every horrible persecution imaginable. There was a prayer that they carried with them through the centuries at every Passover Seder. “Next Year in Jerusalem”.

Time and events passed, other tribes moved in and out. The land that once flowed with milk and honey became dry and dusty. In the 20th century it was a backwater of the British Empire and the British  referred to this place as Palestine.

And then came the final solution, the Holocaust, It was written I will bring only a remnant of you home and it came to  pass, a remnant came home.  That remnant made the desert bloom once more. The Sabra, the children of the remnant, tough like the cactus whose name they chose made the new Israel, and they were a new breed of Jews. Everyone a warrior, everyone obligated to defend the land. With good cause too because ever year or so one or the other of their neighbors were intent on wiping them out.

While Israel now lives in relative if uneasy peace with her neighbors, who previously sought to annihilate her, it is the never settled issue of the rights of the Palestinian people to be a sovereign nation that continues to provoke constant friction. Now this. Three young Israelis were murdered.  Followed by one young Palestinian youth being murdered.  How horrible is this? How obscene? 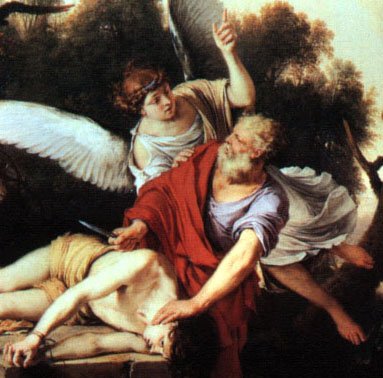 And the Lord said I will bring my own sacrifice.

Once more the sons of Abraham, Issac and Ismael, pick up their swords against each other and to what profit?   The pain, suffering, death and destruction raining down on the citizens of Gaza is indeed horrifying. It is not the first time innocents of Gaza have been the victims of their corrupt, fanatical terrorist leaders, who while the wrath they have provoked rages through the streets of Gaza, sit comfortably far away from the mayhem wiping the fat from their lips. They bemoan the injustice of it all and when asked. “Will you live peacefully and recognize your neighbor” they answer “No”.

These are not happy times. Israel will once again cripple Hamas but there can be no rejoicing when Hamas’s rockets stop being lobed into Israel and Israel’s bombs stop dropping on Gaza. There can be no rejoicing when the children of Abraham put down their arms, bury their dead and return to that uneasy normal. Tomorrow or the next day this will appear to be at an end. We will go on with our everyday lives and forget the pain and the impossible conditions the people of Gaza are living under and the constant fear the people of Israel live under.  We will make our pronouncements and pontificate. The politicians will puff and bluster, the blood will continue to seep at the slow rate that assures disease, nothing will be done of any substance. Fingers will continue to be pointed, each side blaming the other. The wound will fester and then they will be at it again.

According to Jewish legend, when the angels began rejoicing as the Hebrews escaped and Pharaohs  soldiers drowned God reprimanded them, saying: “My children are drowning, and you’re singing songs!” This midrash (rabbinic story) teaches us that we should not rejoice in the sufferings of our enemies. (Telushkin, Joseph. “Jewish Literacy.” pgs 35-36). There can be no rejoicing. My children are drowning.