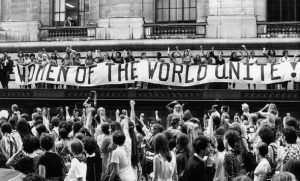 On January 21st 2017 all across the United States and indeed in other places on this planet, people will be marching in unity with the Women’s March on Washington.

On November 8, 2016 the United States of America elected as their President and Commander and Chief an individual that embodies the worst of humanity, a misoginist, xenophobic, vulgar, narcissistic, con artist, lier who is perhaps the lest qualified person to attain the office. He may be the impedes for this March but it is about much more than one person.

The Women’s March on Washington is about the integrity of American ideals. The fiber and the bone of this nation has been shaken awake to the fact that if, individually and collectively, we don’t get off our asses, we are ALL, not just women, going to be further marginalized by hateful speech, despicable actions and more dangerous legislation aimed at reducing our civil rights and personal liberties.

Over the past 6 years we have been witness to unprecedented obstructionism by our Congress and attacks by our elected officials both in Washington and in our State Houses. They have passed abominable laws against women, transgenders and access to the right to vote. We have seen all out efforts against Unions and working men and women and have watch our nation become paralyzed by grid lock.

Since the election hate crimes have accelerated against Blacks, Hispanic/Latinos, DREAMERs, the Disabled, Muslims, Jews, Native Americans, Asians, LGBTQ and other minorities. Incidences of bullying at schools across the country have also increased.

This is also a wake up call  to the fact that a foreign power has seriously compromised our electoral system.  Evidence that Russia hacked into the DNC and Hillary Clinton chairman John Podesta emails, with the purpose of getting him elected President. We are left to wonder if in our lifetime we will ever learn just how insidious this breech was and how much damage was done.

You need to know this:

Remember when he said he was going to drain the Washington swamp? One only has to look at who he is selecting for his advisors and Cabinet to see that he’s not draining the swamp. He has chosen to surround himself with a bevy of deplorables with little knowledge about the positions they will be responsible for or who are actually opposed to the agencies they will represent.  They are in the main the dregs from the cesspool of cronyism.

What is on the line:

America’s future is in jeopardy. For all of these reasons millions of people in the USA and around the world will be marching on January 21, 2017.

This March serves as a point to rally, organize, mobilize and give notice to those who seek to co-opt the basic principles of of this nation, that we will not be silent.

Women’s Rights are Human Rights. Stand With Standing Rock. (because it’s not really over), Black Lives Matter. Climate Change is not a Myth. Aleppo is a Tragedy. Science Matters. Facts Matter, LGBTQ Rights Matter, A Free Press Matters. Net Neutrality Matters, We All Matter and we will not be marginalized.

The millions of American’s who work hard for their daily bread, who are of good heart, who are not racist or homophobic, or any phobic who voted for him because they truly believe he will improve their lives are, in the coming months and years, most likely to be disillusioned and become the angriest of all. It is they who bought the lies and the promises that will not be fulfilled. The jobs he promised are not coming back. Not the manufacturing jobs not the coal and steel jobs.   In fact his policies could put many jobs in jeopardy.

There is little hope that the Republican controlled Congress will act to do anything to block his agenda.  It will likely be business as usual, serving their own special interests at this nation’s expense.

It is therefore imperative that we make ourselves known to them. In the months and years ahead it is they we target. The viability of America depends on us.

Here in my hometown of Reno, Nevada we will be marching.  If you are in the neighborhood, come join us.

If you can’t March you can get involved. Here is the Indivisible Practical Guide for Resisting the Trump Agenda.

We Make America Great and We Are Stronger Together. 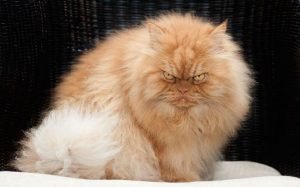